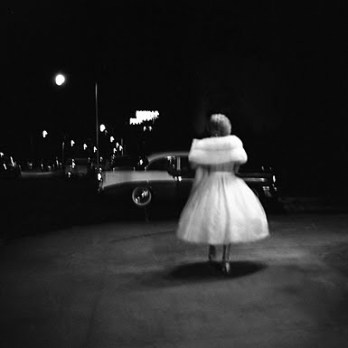 In the winter of 2007, John Maloof, a 26-year-old realtor who was co-writing a book on his Portage Park neighborhood of Chicago, stumbled upon a box of negatives at an auction house. He paid $400, hoping it might hold some vintage photos of his neighborhood. He stuffed the box in a closet. There the images sat for a couple of months, until he had time to scan a few into his computer. There were no photos of Portage Park, but they were captivating images, and it became clear they belonged to a single photographer. “Little by little I realized how good they were,” he told me. He learned the auction house had sold more boxes of negatives, and so he sought out the buyers to purchase those, as well. In the end, he collected more than 100,000 negatives, including a few thousand rolls of film. In one of the boxes, he eventually found an envelope with the name Vivian Maier scrawled on it. He googled her name and found a Chicago Tribune obituary. She had died a few days earlier. She was 83.

The full story can be found here